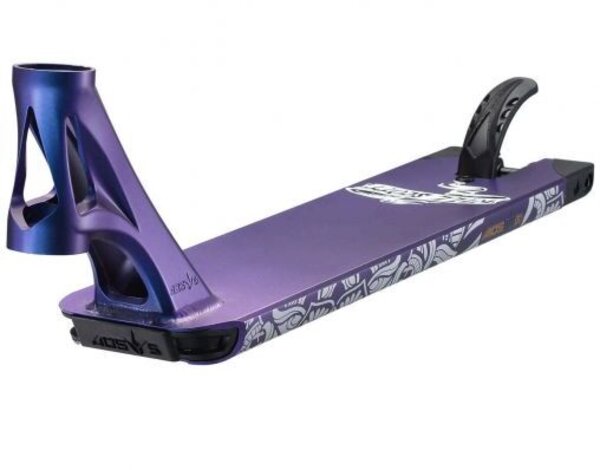 Will rides it ALL, originally considered a “Park Style rider now has developed into a heavy hitter in the street scene!! Expressing himself from his skillset acquired over years of riding in urban environments & Public Spaces.

His deck is covered in a “Matte Midnight” colourway. Wrapped around the base of his deck is his custom “Mandala X Skeleton” graphic. The graphic is a reflection of his personal interests and influences from various artists. The Mandala design was influenced by his sister’s original concepts and illustrations and his Skeleton design was combined from his ideas of what he wanted on his first signature product from many years ago. DREAM BIG!!